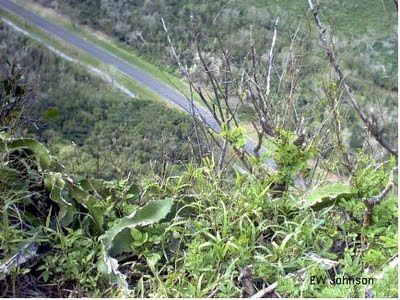 Suicide Cliff is 820 feet above sea level with most of that being a vertical drop to the rocks just behind the Last Command Post. It provides cool breezes and breathtaking views of the ocean and the hills of Northern Saipan. Suicide Cliff has a similar history as Banzai Cliff. The name came from the mass suicides of Japanese civilians at the end of the Battle of Saipan. Rather than surrender, Japanese families lined up on the cliff's edge from youngest to oldest. Each in turn gave the one in front a push. 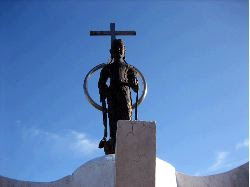 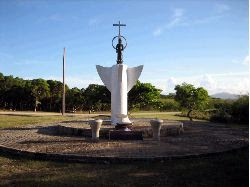 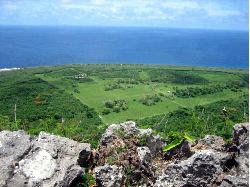 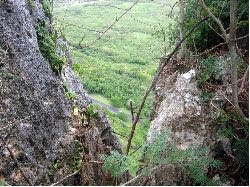 Looking down to Banzai Cliff. 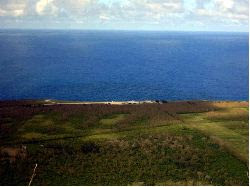 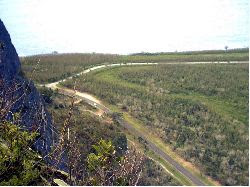 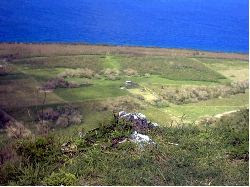 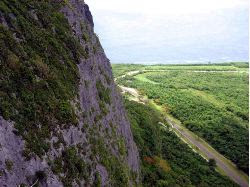 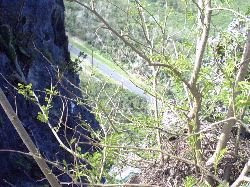 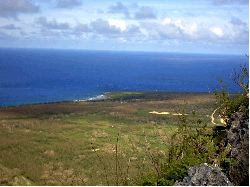 Looking down to Veteran's Cemetery. 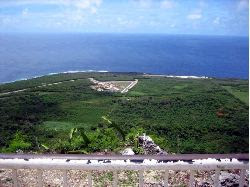 Looking up from Veteran's Cemetery. 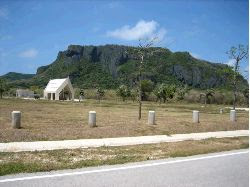 Picture taken from a cliff in the jungle near Suicide Cliff. 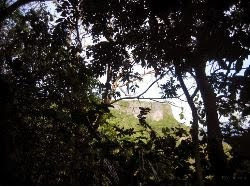 A cactus full of names right on the edge. 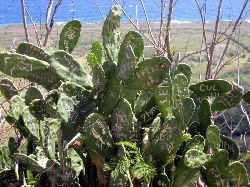 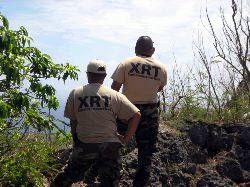 A great view of the WWII ordnance detonation. WWII bombs are still being found on Saipan. When found they are stored in caves in Marpi until there is enough for a nice size explosion. This is one of those detonations of 12,000 pieces of WWII ordnance, mostly mortars, projectiles, and hand grenades. 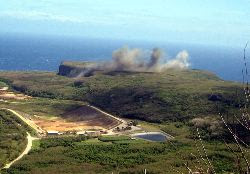 Picture taken from the road to Banzai Cliff. 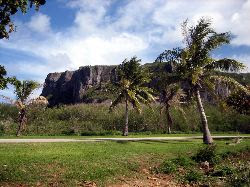 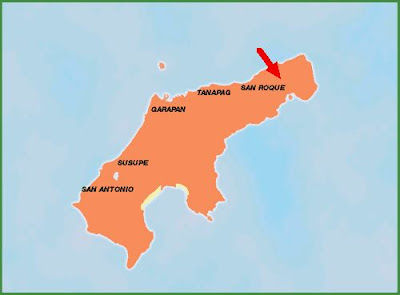 .
This video explores the top and base of the sister of Suicide Cliff.

You take what you find with you?

Hi, I take only pictures, everything else I leave behind. An artifact could be so interesting and important when found in a cave but worthless when it is taken out.

Your videos were wonderful and fascinating. Thanks!

Thanks for the videos. It partially satisfied my curiosity to see the island. Hope you do more videos like this. For example, Iwo Jima and Guadalcanal.

Thanks Vkorchnoifan. I'm glad you liked it.

i remember someone telling me a story of a little japanese girl who died on that site. i think she was visiting and her toy (if am nt mistaken, i think it was her doll) fell in between the cracks of the rocks,and as she tried to reach for it, she stretched too far, causing her to lose balance and falling off the cliff.

Hi C.Agulto, Do you remember approximately when that happened? It is an interesting story and could have happened.

To the person who asked are the stories true. They are in fact true. The civilians on the island, many had never seen an American, were told by the Japanese military if they were invaded, the Americans would rape, torture and kill every man, woman and child taken. Even stories of cannibalism were imbedded into them. Rather than allow their families to suffer that fate, they did what many people would do, they chose to die on their own terms and spare themselves and their families the grizzly fates the Americans were fabled to bring on them. They didnt know when the Americans did arrive, the people that were rounded up were sheltered, fed and received medical care.

I've been to Saipan many times from the 80's and 90's and always wondered what was there at the spot where the shells hit the cliff as mentioned at the beginning of "inside Suicide Cliff". Were you able to get up into the "slit" where the artillery pieces are and how did they get them up there?
Really enjoyed reading and watching the videos in your blog. Unfortunately for me I didn't have much appreciation of history when I was there, hopfully one day I could return and see what you have discovered.

Thanks Leo. I never did get up to that small crack in the cliff.

just wanted to add my thanks for posting these videos. My father was WWII Army and spent 2 months in the summer of 1945 on "mop up" operations and very well may have been responsible for some of the scorched stone you saw as they sought out hiding Japanese soldiers and also hoped to find surviving civilians who were hiding in fear. Your adventure and persistence in getting to the various places around the cliffs are very impressive = great videos!

Thanks Anonymous and thanks to your father for all he did.

Hi, thanks for the site, I'll spend the next few nights going through all the different photos.
My Mother was attached to the 10th Army in a Combat Field Hospital and on Saipan up until 3 April 1945 when they were sent to Okinawa for that battle. On Saipan, her biggest memories are of watching the Suicides off Marpi Point and feeling helpless, later the Marines setting up artillery to shell Tinian, then the Marines leaving for Iwo Jima and within days the loads of wounded Marines returning for treatment on Saipan. She turns 94 this month, she turned 27 on Saipan March 28 and then went to Okinawa the next week and thought they wouldn't make it. Anyway, interesting site, thanks again.
C Lund

I was there around 1994 sometime while serving in the us navy - I was 22, and living a real adventure out there in the Asian Pacific. Interestingly when I walked out to the edge I felt the urge to jump, as of there was something preventing me from turning back. Imagination...yes possibly, but thats what I remember. Maybe I'll go back to see if the feeling happens again. My favorite lonely quiet island - eat some sushi and then Banzai!!!

This is John Marlin from a few years back . Hope all is well , havent heard or seen any new videos on this blog