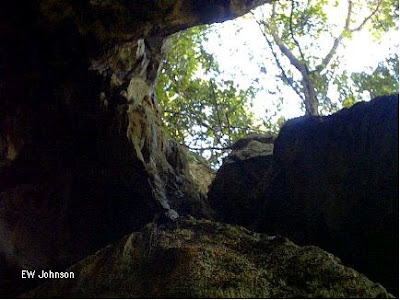 Continuing on the dirt road beyond Bird Island overlook will take you to Kalabera Cave. This cave is of great historic value. Ancient Chamorros lived there. You can still see very faint drawings on the left side just inside the cave opening. The cave has a large opening and a high roof. It slopes downward and is usually slippery. Not too far inside is a very deep hole. I heard a story of a Japanese soldier skeleton, still in uniform, at the bottom of that hole. The Japanese soldiers used the cave as a field hospital during the Battle of Saipan. Stories are told of Japanese soldiers, nurses, doctors, and patients crowded around a single grenade to avoid being taken prisoners during the last days of the battle.
The cave is well hidden by the trees. 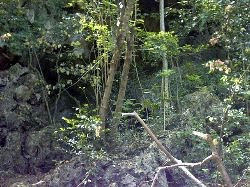 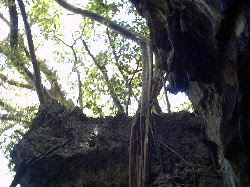 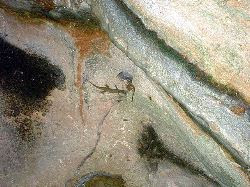 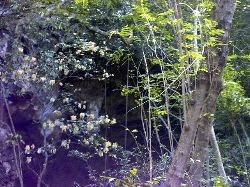 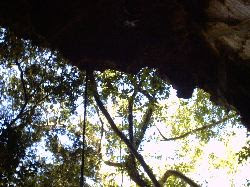 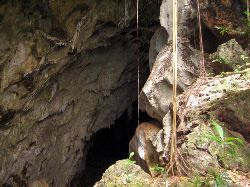 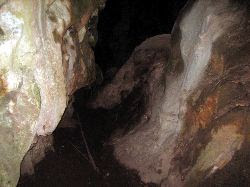 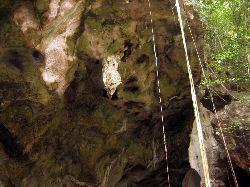 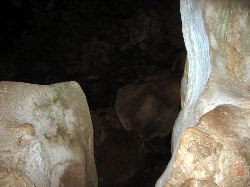 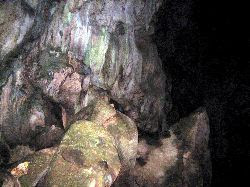 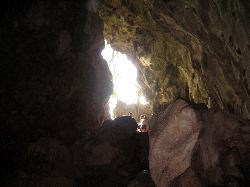 Looking down into the deep hole. 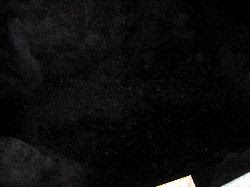 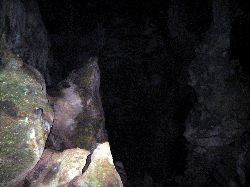 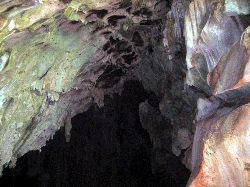 Want to go down to the heart of darkness? It looks so tempting but I will pass. 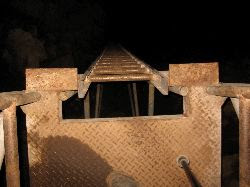 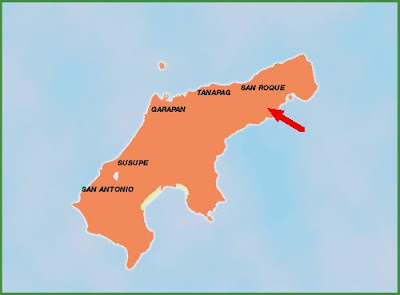